SAFE – Situational Awareness For Everyone

With the first weekend of Phase 2 (Virginia’s and other states’ Covid-19) reopening, we need to be aware of what could happen.

In an article about Mob psychology, author Spencer Baum helped explain sociologist Mark Granovetter’s theory of Threshold models of collective behavior and how humans react differently when in crowds.

Next to him is someone with a threshold of three, — and so on up to the hundredth person, a righteous upstanding citizen who nonetheless could set his beliefs aside …”

SO WHAT does this have to do with people going out this weekend?

No matter what your opinions are, your political bent, or social stance, you cannot control others, especially when emotions are running high. This is the first time in months when groups of more than 10 people (up to 50) can get together.

Whether or not, we are uncomfortable in the presence of crowds, there will most likely be more people around us than we are recently used to, or want to be around. This alone can raise anxiety and stress levels.

Many peaceful protests are scheduled, and some protests may occur spontaneously. With these protests, comes the chance for violence.

The chances may not be high, but if you plan to be out and about this weekend and the next few days, you might find yourself in a situation where you didn’t want to be.

SO WHAT can we do to prevent something unwanted happening to us? 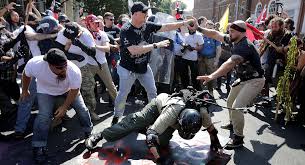 Stay SAFE – Situational Awareness and understanding Human Behavior should be part of your daily routine.